Today, Erin O’Toole launched the Canada Job Surge Plan, the Conservative plan to restore the one million jobs lost during the pandemic.

* Over the course of the pandemic, millions of Canadians lost their jobs, with women accounting for more than half of year-over-year employment losses
**** The tourism and hospitality sectors were among the hardest hit, as well as part-time and temporary workers.

* To get our economy back on track, Canada’s Recovery plan will recover the million jobs lost in the sectors hit hardest by the pandemic and get as many people back to work in good jobs, in every part of Canada, in every sector, as quickly as possible.

* Once the Canada Emergency Wage subsidy (CEWS) ends, Canada’s Conservatives will introduce the Canada Job Surge Plan to get Canadians back to work
**** An O’Toole government will pay at least 25% of the salary of net new hires for six months after CEWS expires.

The Liberals, NDP, and Greens don’t have a plan to get Canadians back to work. Even before the pandemic, they’ve given us the worst economy since the Great Depression.

Canada's Conservatives got us out of the last recession—we'll get our country out of this one too. 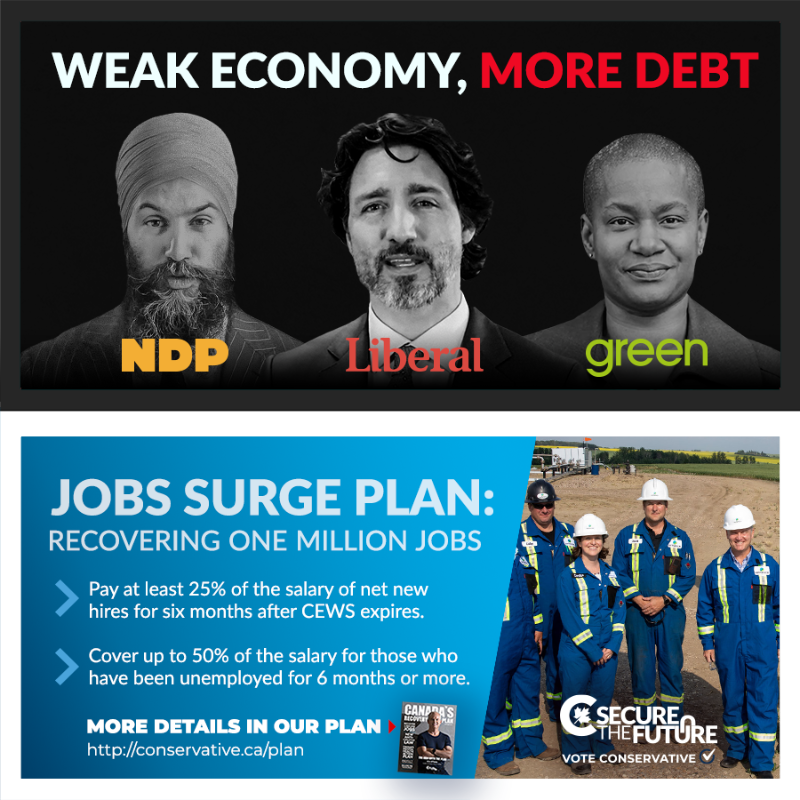